Are you missing out on homeowner tax breaks?
Double-check our list

We Love What We Do

Huntsville, Texas nestled in the tall pines of East Texas is where General Sam Houston called home. In Huntsville you will find the tallest statue of an American Hero, described as the world's largest statue of an American hero, and is easily viewed by travelers on Interstate 45. The towering statue, "Tribute to Courage" by artist David Adickes, stands 77' tall amid a majestic and serene place.

Huntsville is where you can enjoy a stroll around a historic downtown square with antique shopping and unique shops and eateries. Boasting in history, here you will find the Sam Houston Memorial Museum, Texas Prison Museum & the HEARTS Veteran Museum. If outdoors is what you desire, take in a round of golf at Raven Nest Golf Course or take a break beneath the tall pines at Huntsville State Park where you can enjoy camping, picnicking, a nature center, boating, fishing and hiking. Take in a show or view an art gallery within the Cultural District designated by the Texas Commission on the Arts. The cultural district also includes Huntsville's historic downtown square, historic homes, theater performances and cultural events.

All students thrive as lifelong learners and global citizens prepared for the futures they create. The mission of Huntsville Independent School District is to establish a partnership with students, parents and the community to provide an equitable education system characterized by a safe environment and academic excellence to empower all students with knowledge, competencies, and personal qualities to live and work successfully as lifelong learners and responsible citizens with a global perspective.

The Huntsville Walker County Chamber of Commerce was organized in 1934 to improve the business climate in Huntsville and the surrounding areas. It is a volunteer-driven organization that unites business and professional leaders in the area to expand the economy. The chamber provides a venue through which members and volunteers can get involved and accomplish collectively what no one business could do alone. Today, we are a community organization working to recognize the factors which affect our community and adjust our programs accordingly. We focus on issues affecting the cities throughout Walker County.

Huntsville offers visitors an array of discoveries - history, nature, prominent state institutions, antiques - all mixed with hometown hospitality. The small-town, historic flair of Huntsville brings new meaning to 'Texas Charm'. There is truly something for everyone in Huntsville!

The city had its beginning about 1836, when Pleasant and Ephraim Gray opened a trading post on the site. Ephraim Gray became first postmaster in 1837, naming it after his former home town, Huntsville in Madison County, Alabama.  (Incidentally, "Madison County" is also the name of an adjacent Texas county.)

Huntsville became the home of Sam Houston, who served as the 1st and 3rd President of the Republic of Texas, Governor of the State of Texas, Governor of Tennessee, U.S. Senator, and Tennessee congressman. General Houston led the Texas Army in the Battle of San Jacinto - the decisive victory of the Texas Revolution. Houston has been noted for his life among the Cherokees of Tennessee, and - near the end of his life - for his opposition to the American Civil War, a position which was a very unpopular in his day. Located in Huntsville are two of Houston's homes, his grave, and the Sam Houston Memorial Museum.

For more than 36,000 dedicated public servants, our mission is to provide public safety, promote positive change in offender behavior, reintegrate offenders into society and assist victims of crime. The Texas Department of Criminal Justice (TDCJ) is the Lone Star State’s largest state agency and manages more than 146,000 offenders in state prisons, state jails and private correctional facilities that contract with the TDCJ. The agency also provides funding and certain oversight of community supervision and is responsible for the supervision of offenders released from prison on parole or mandatory supervision.

Get instant access to the latest properties to hit the Huntsville real estate market. 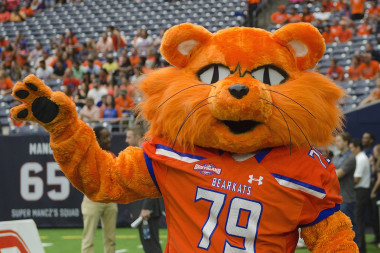 We're one call away!

Schedule a call on your time.

Schedule a Call
We use cookies to enhance your browsing experience and deliver our services. By continuing to visit this site, you agree to our use of cookies. More info